The anterior cruciate ligament is one of the four major ligaments of the knee that connects the femur (thighbone) to the tibia (shinbone) and helps stabilize the knee joint. The anterior cruciate ligament prevents excessive forward movement of the lower leg bone (tibia) in relation to the thighbone (femur) as well as limits rotational movements of the knee.

A tear of this ligament can make you feel as though your knees will not allow you to move or even hold you up. Anterior cruciate ligament reconstruction is surgery to reconstruct the torn ligament of your knee with a tissue graft.

An allograft is an organ or tissue such as bone, cartilage, tendon or skin, taken from one person (donor) and surgically placed in another person to repair damaged tissue.

ACL reconstruction with BPTP allograft is a surgical procedure that replaces the injured ACL with an allograft containing patellar tendon and bony attachments. The goal of the surgery is to tighten your knee and to restore its stability.

The procedure is performed under general anesthesia.

Your surgeon will make two small cuts about ¼ inch around your knee. An arthroscope, a tube with a small video camera on the end is inserted through one incision to see the inside of the knee joint. Along with the arthroscope, a sterile solution is pumped into the knee to expand it, providing your surgeon with a clear view of the inside of the joint.

The torn ACL will be removed and the pathway for the new ACL is prepared.

The arthroscope is inserted into the knee joint through one of the small incisions. Small holes are drilled into the upper and lower leg bones (tibia and femur) where these bones come together at the knee joint. The holes form tunnels in your bone to accept the new graft. The graft is inserted through these holes and then fixed into the bone with screws to hold it in place while the ligament heals into the bone.

Following the surgery, rehabilitation begins immediately. A physical therapist will teach you specific exercises to strengthen your leg and restore knee movement. Avoid competitive sports for 5 to 6 months to allow the new graft to get incorporated into the knee joint.

Risks and Complications of ACL Reconstruction with BPTP Allograft 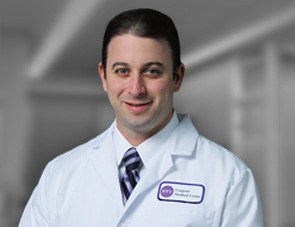